Wine ‘from the earth’ (1), Times of Malta. Luca Farinotti 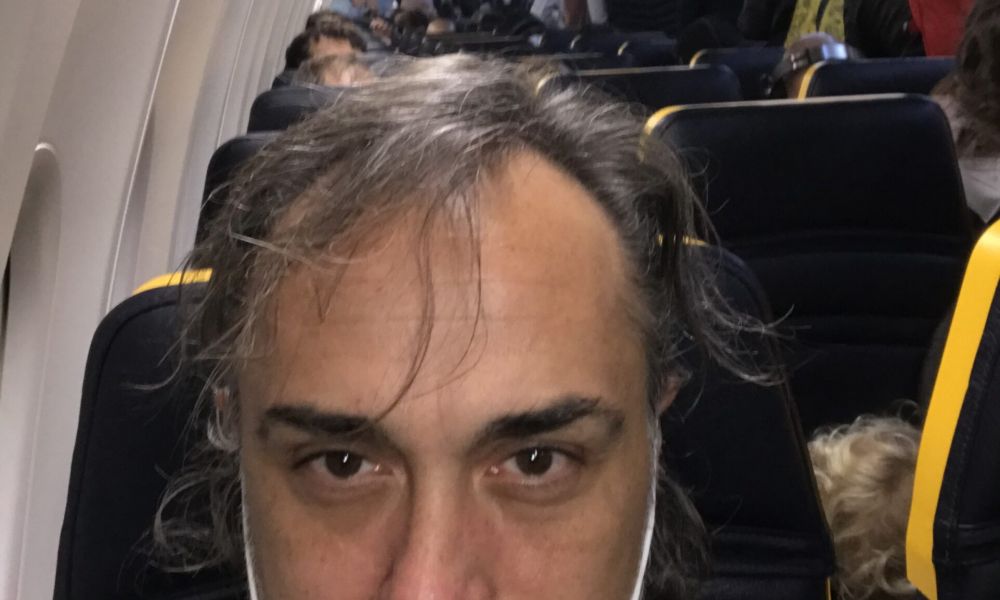 Wine ‘from the earth’ (1) (timesofmalta.com)

While suffering from a severe depression 18 years ago, Mark Cassar, a former manager,  started to take endless walks by the sea, in pursuit of inner healing.

Having realised the beneficial effects of this habit, he decided to buy some plots of land near the coast and, within a short time, he succeeded in taking himself off his medications and recovered. 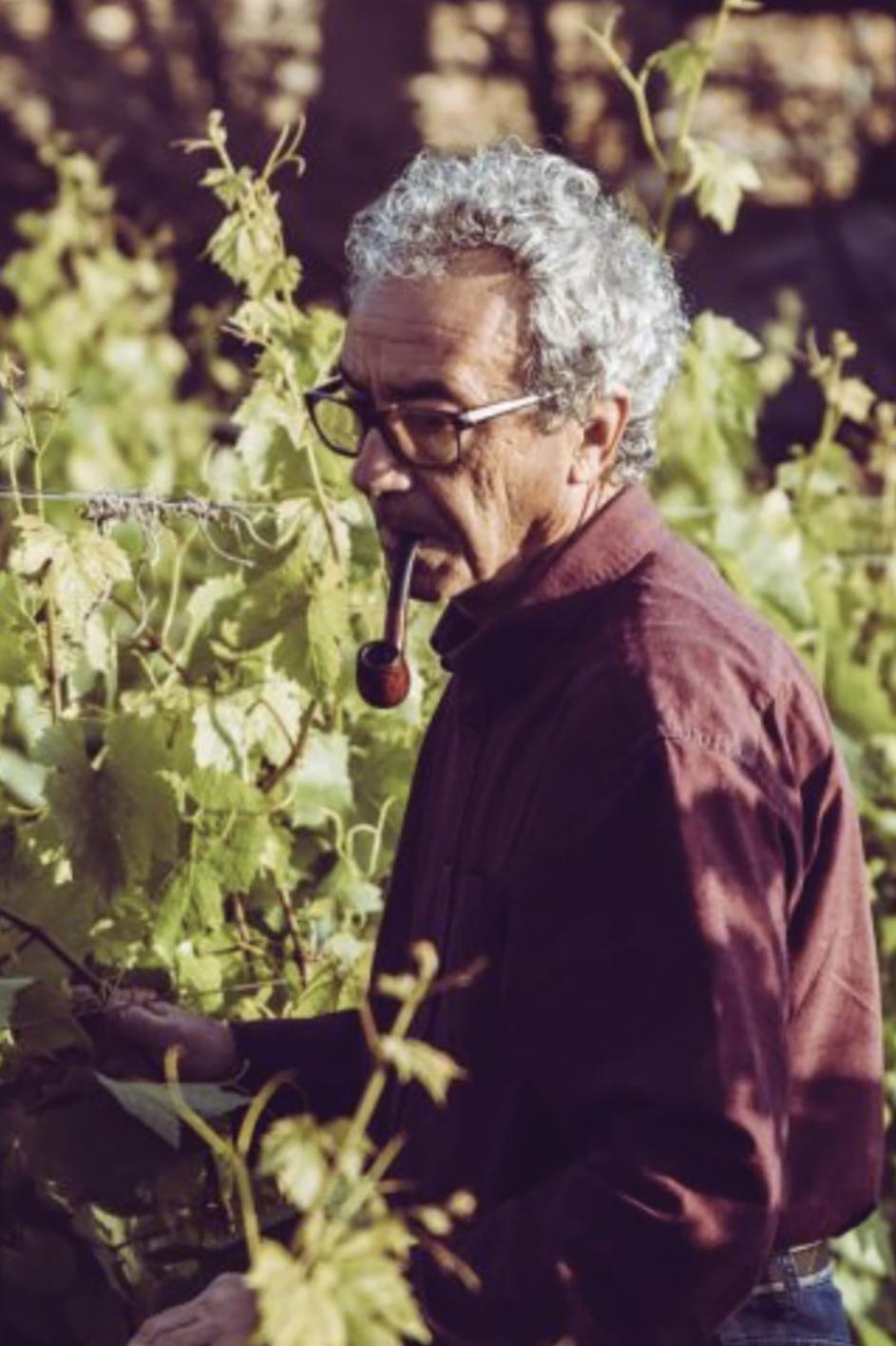 Winemaker Mark Cassar among vines at his estate in Siġġiewi. Photo: Luca Farinotti

We heard that he had managed to get his hands on an ancient vineyard in Malta and that he was producing a natural, lysergic, shamanic wine that was impossible to find elsewhere.

For this reason, we went all the way to Malta, in search of the lost wine (as well as new sources of inspiration during this tough time worldwide) with the aim of meeting the man the locals nickname ‘The Alchemist’.

We set off driven by a strong curiosity counterbalanced by numerous doubts: Malta is considered to have the nicest weather in the world; precisely for this reason, as well as the presence of a kind of soil that is poor in elements that are conducive to viticulture, perhaps we thought it is not a very suitable place for the production of top-quality wine.

While landing, we see Gozo’s rows of vineyards, scorched by the sun and damaged by the wind, while, in our minds, an unexciting memory of Maltese wine flood back.

Marchese Piero Antinori of the famous Italian wine-making family had previously landed on the island too, contributing to raising the average wine quality level.

Yet, we especially remembered wines devoid of personality, of international style, produced mainly in cellars (employing technologies massively − not just for the wine stabilisation − as well as barrels to give them their main taste-olfactory characteristics) rather than in vineyards, using almost exclusively (and probably with a substantial usage of yeasts and grape musts from Sicily) the same international grape varie­ties that meet the taste of people from all latitudes (Cabernet, Merlot, Chardonnay).

He doesn’t use synthetic chemicals or herbicides or pesticides

And that’s precisely the row of Chardonnay that Mark shows us as soon as we reach the magnificent winery made of gilded Maltese stone, perched on a barren hill in Siġġiewi, from where one can enjoy a breathtaking view of the sea.

Mark takes us to the vineyard right away, while probably considering whether to get rid of us in five minutes or whether we were worthy enough to enter his world. He tells us about his Chardonnay, whose bunches of grapes are withered, almost dead.

“My grapes got sick this year, as those of everyone else. I couldn’t do anything. Everyone else has tried to save his vintages using any existing chemical substance, but there was no escape. The difference between me and them: we all still have our grapes on the plant, but they have spent thousands of euro trying to treat them, unnecessarily poisoning their fruits. I didn’t spend any money and I have my grapes on the plant, dead like theirs,” he says.

He smiles ironically, then winks and continues: “They’re going to produce and sell their wine anyway.”

Mark sighs, lights his pipe and peers at us through the sunbeams and the wind gusts that groove his face. He notices that we’re commenting on the presence of a surprisingly vast polyculture: olive trees surrounding the vineyard, aromatic herbs and a wide variety of plants and local medicinal shrubs, all in harmonious coexistence, complementing the composition of what he defines his terroir.

He decides to grant us to stay and, in order to show us respect, he stops talking in English and starts speaking in Italian, showing a syntax and terminology worthy of an oenology professor.

He shows us a Merlot and that little bit of Petit Verdot which half a row of vines can produce. He explains that he doesn’t use synthetic chemicals or herbicides or pesticides. He then introduces us to his holistic approach to biodynamics and permaculture.

“Insects remain insects, and they will never be treated as parasites,” he notes.

He proudly adds that his terraced vineyards’ location is the key ingredient of his wine: it’s the highest spot in Malta, at an altitude of 240 metres above sea level, just two kilometres from the sea at Lapsi. As he lights his pipe again, he grabs a bottle of wine.

The cork is extremely long (and wonderful). Mark looks at me, then starts talking again.

“These corks are 49 millimetres long and are made of the best Sardinian material, by Labrenta company, and besides, are disease-controlled manually one by one.”

He then pours his Chardonnay; it’s a clear, bright and shiny orange. It brings fresh sage, citrus fruits, rosemary, lemon balm and mint to the nose. In the mouth it is creamy but also dry, savoury. Very savoury. Fresh.

Mark looks at us proudly, mumbling with his pipe bet­ween his teeth: “These are wines magnetised with a strong spiritual conductivity; you’ll only like them if they like you. They come from the earth and only a man who hasn’t forgotten that he comes from the earth too can really enjoy and appreciate them.”

Independent journalism costs money. Support Times of Malta for the price of a coffee.